Cic Caprine Atlas of the World

The International Council for Game and Wildlife Conservation (CIC) has published the CIC Caprine Atlas of the World (Caprinae – goats and sheep) in two volumes.
Authors are Gerhard Damm and Nicholas Franco
The Atlas covers 96 phenotypes of sheep and goats of the World. Each of the two volumes exceeds 1100 pages, the edition including more than 1000 color photographs of live animals and museum specimens. Photo credits include more than 200 photographers all over the World. Master cartographer Mike Shand from the University of Glasgow has expertly drawn 130 detailed colored distribution maps. The artist Bodo Meier has made two magnificent watercolor paintings of a Pamir argali and a Kashmir markhor. 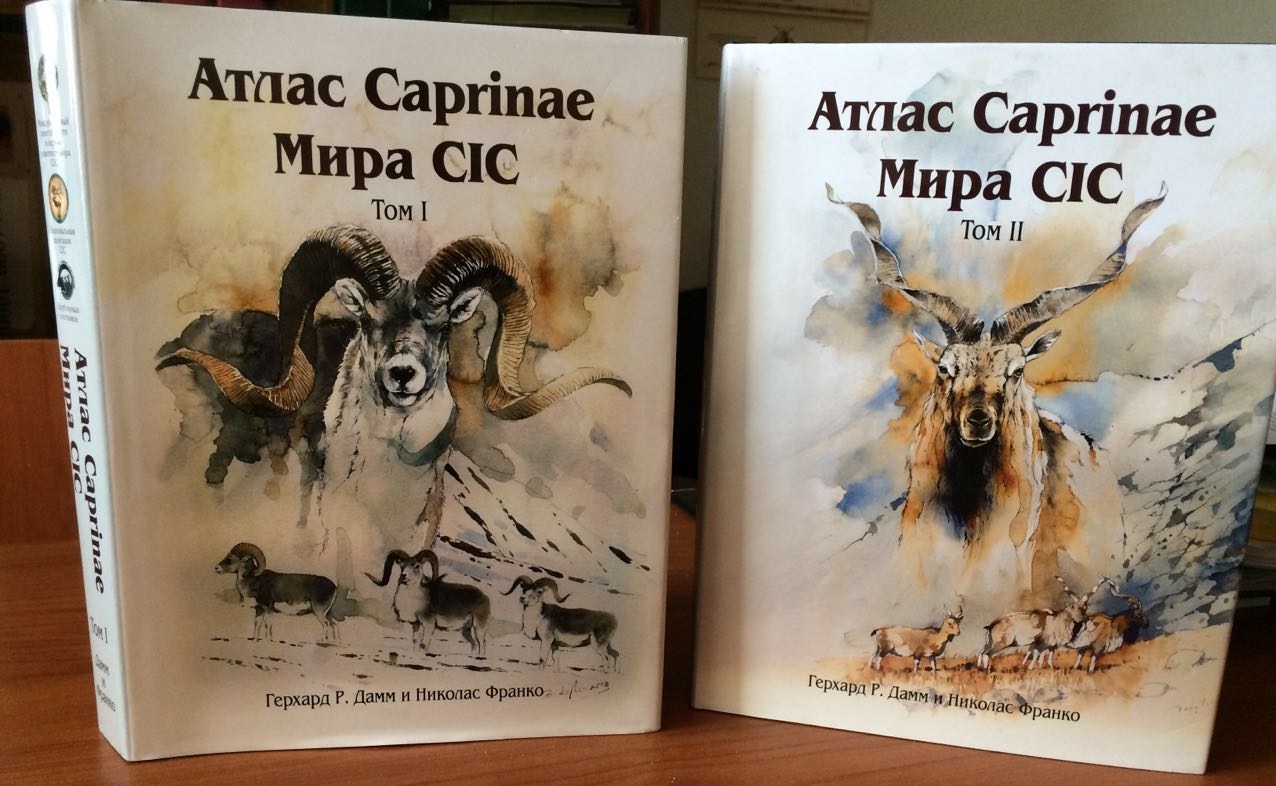 The experts from international environmental organizations and leading universities highly acclaimed the book.

CMH submit the proposal to the authors and the rightholders of the Atlas to publish it in Russian. This will significantly increase the number of readers and will make it more accessible to Russian scientists, students, biologists, game managers and all the people interested in hunting.

A number of copies will be donated to the Russian scientific, educational and game services and organizations.

At the moment, the editing of the translation is carried out and a treaty with a publisher is already concluded. The expected publication date of the Atlas is October 2015.